I slept in the night thankfully but not before having to go down to the hotel lobby after midnight and meditate for an hour on a sofa about what has been keeping me awake all these nights. I’ve been wound up for months, a lot of it unavoidable in fairness. I managed, after a discussion with myself, to sleep. That’s all that mattered.

I expected us to win both these games and I hoped we would for the lads because finishing a tournament with wins, no matter who against, always mean a lot. We beat Malaysia more comfortably than the first time which showed some of the progress we’d made.

We had Johnny in the box for this game. At one point I could hear him shouting at me for half-pulling out of a touch. ‘Don’t ever do that again! We never do that.’ It was correct. It was great to have someone calling me out on something. In this team where I’m player/coach, it’s far too rare if ever that that happens. We all need it. You can see that need in our friend from Day 2 Sergio Parisse when he plays for Italy these days, for all the tribute videos to his greatness on Youtube.

They are good lads on the Malaysian team, so courteous and friendly.

One thing I’ve noticed here – I know we Irish people think of ourselves as easygoing and friendly. I’ve watched some people here interacting in restaurants for example with Malaysians and I’m struck by how some Irish people come across as rude and (passive-) aggressive in comparison to the endlessly polite Malaysians. We are the spoilt rich westerners. I don’t like it. I think if you are in a place, you should look, listen, try to appreciate and adjust. Try to match their politeness.

The heat on this day was just about to kick in even more.

They suspended play until the temperature reduced because they judged it too dangerous. Initially, everything was put back by half an hour with the potential for our last game to be pushed till the next day or even cancelled. Weird head space to be in. My concentration drifted off. Then it seemed very quickly we were back on. ‘Leaving for the pitch in 5 minutes’. Damn. Jump up, try to shake energy into your body one more time.

The result was never really in doubt, which it was when we played them in the Euros with a stronger team which was another good indicator.

The heat was mental though. 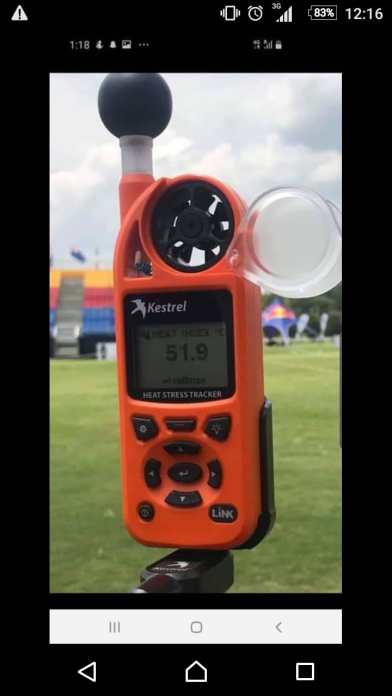 With ten minutes to go, when the game was safe and I’d surpassed any try scoring target I’d set; without me realising it, my mind started to let go. Like a train, the exhaustion of all of this came steaming into the station – the combination of the last eight months coaching the Mens Open and ever more involved player-coaching this team, the last 5 weeks flying back and forth out of Ireland every week for work and back for training at the weekends, having a chest infection, sleep deprived, 50C heat, it came in at once. I could barely stand, let alone run. Some of my teammates finished a lot stronger. I have never been so happy for a game to end. I didn’t feel a sense of elation. It was matter-of-fact. I’ve survived. It’s over. That’s good.

I swapped a sodden, sweat filled jersey for a Belgian one with a very nice fella whose name I forgot before it reached my sun-reddened ears. 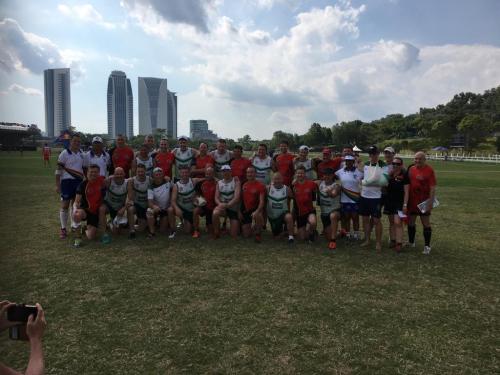 Back to the tent. Recover. Muted congratulations to each other. A real sense of satisfaction among us I think.

I go out later and and stand in the box for the Mens Open vs Netherlands. I feel bad I haven’t been able to give any time to them. I don’t really need to – the coach who’s come over from Australia, also a Jono, has taken it over fully and it’s better for them to have his new voice than listening to me any more. I’d have liked to have been around though to learn from what he’s doing and to check in more. They look good in this game, it’ll be an easy victory. Jono tells me to go for the second half and watch the 40s Final, one he has a personal interest himself having not been selected for the Australian Squad in dubious circumstances. One knows how that feels.

I enjoyed that final. For the first time, I could see and recognise the patterns or nearly all anyway. NZ were 7-1 up when I arrived. Australia got back to 7-6. I could see the pressure points coming one after the other. For me the final game changer, was a minute to go – the NZ defender reads the backdoor runner coming around but doesn’t over-commit, holds his ground and his nerve, waits, waits and goes with the dummy half scooping back the other way and stops the score.

Later, there is other weather… I was back in the hotel when it came. The lift shuddered a little bit it seemed to me. Then my phone started going funny. Like there was electricity in the air. For a moment, it feel like Thanos is coming again. Here to Putrajaya. Maybe he is.

I spoke to a lot of the Kiwi 40s lads in the restaurant later in the night, very humble, all with their medals around their necks. One lad drunk, smiley and incomphrehsible, ‘Eh, you, I remember you. Middle. Ireland yeah. You.’ He kept nudging into me in what seemed to be a friendly way. It was almost like being in a pub back home. ‘Eh, you, eh?’ Also he had a mullet. We can’t judge too harshly. He’s a champion of the world! I told him so several times!

I think I had one drink and a bit. Maybe. Back to bed finally. A cup of tea like every night.

Watching TV through half-closed eyes. Something about Antonio Banderas being stuck in a cave. My head keeps dropping… 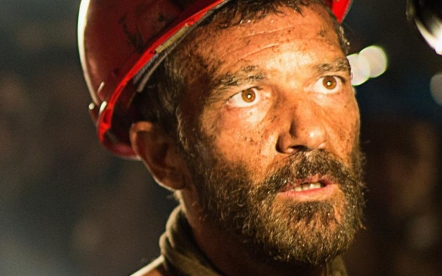 Have to sleep. TV off with Antonio still stuck down there.

Final Credits for me.

I must google tomorrow if he got out…