Euros 2018 Nottingham – If you shave a tiger, does it still have stripes? 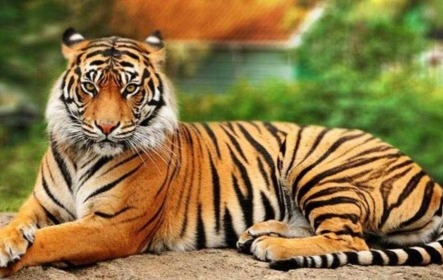 Remember Andy Townsend? Chelsea and Aston Villa midfielder who played for, and captained, Ireland under the grandparent rule. He is actually to blame.

His account of Ireland’s World Cup in USA 1994 was the first sports biography I ever read. 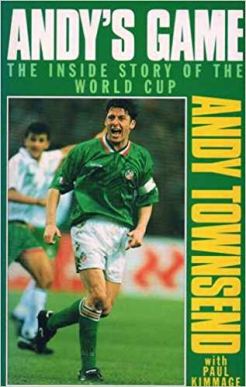 It had funny captions under the pictures like this –

It’s true, Roy Keane does have a drinking problem.

I thought it was brilliant. It wasn’t though. Not really. I was just young and impressionable.

Townsend bleached his hair blond for the tournament. The only time he ever changed his hairstyle during his career. 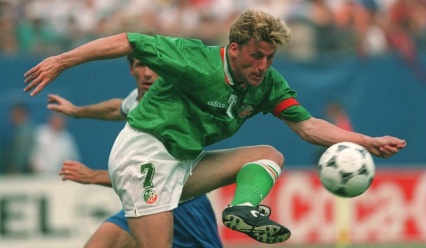 Somehow that seeped into my consciousness that you’re supposed to do something with your hair before a big tournament.

Question – Look at the picture below. (First answer only accepted)

What name do you give to describe a pony with this colouring?

So the night before this years tournament, imagining how stunning it would look, I decided I was going to bleach my hair for the first time in my life.

If you answered ‘Piebald’ to Question 2 above, you are wrong. This describes black and white blotchy colouring. I was also wrong. Wrong to try bleach my own hair with none of the skills required to do so. Very wrong and if you must know the white and reddy/browny/orangy blotchy colouring I achieved is actually called ‘Skewbald’.

Back to the question in the title – If you shave a tiger, does it still have stripes? YES.

And if in a damage limitation exercise, you shave an Ian, can you still see the Skewbald blotches? If you look close enough, well maybe you can!

Anyway, we’re here now in Nottingham for the Touch Euros 2018. A new team, a new championship and challenge. We had our opening ceremony at Wayne Manor today. (the real one used in the film like).

I missed it though. For various reasons. Is it too obvious just to cite Saipan again? I mean there are so many Irish sports administration mess ups you could mention. We’re lucky that way, we’ve such a rich culture and heritage.

All day players walking around asking… rumours flying around. Great preparation. ‘yeah I heard they were in a warehouse in Claire somewhere.’ ‘No, it was Kerry.’

‘We’ll have shirts but no shorts’

‘No, we’ll have shorts but they’re all extra large’.

And all of us Irish shrugging our shoulders. Ah shur. Bit of craic… you’d be right. How else could you cope with this repeated nonsense?

Anyway, Nottingham was originally called Snotengaham after Lord Snot. At least that made me laugh today.

Mentioning Roy Keane… I wanted to mention Lord Byron & DH Lawrence… but we might as well go with Keane. He was in the news in the last week. His argument with Ian Wright, saying England went overboard about reaching the World Cup semi final… Was he correct? Out of order?

It was amusing but all I was thinking was, it’s a poor substitute for him for the rage and passion and joy he felt when he was actually playing. I’m lucky. I still have that. Touch gives you that as you can move up through the age categories. (Whether you want to or not sometimes.) So tomorrow I’ll play and the pleasure dome of rage and joy and Khubla Khan will rise around us and suck us in and the frustration of today will immediately fade. First up Luxembourg.

One response to “Euros 2018 Nottingham – If you shave a tiger, does it still have stripes?”