It feels like we’ve been here before. There were tries which we conceded where I could see what was happening as it happened but we still couldn’t stop it.

In Irish Touch you almost never come up against this type of static attack in the Middles. I’ve played against it a few times in different tournaments abroad this year but you need your whole team with that experience. Players were learning during the game, but by the time you start to close out tries, the game has already gone away from you. 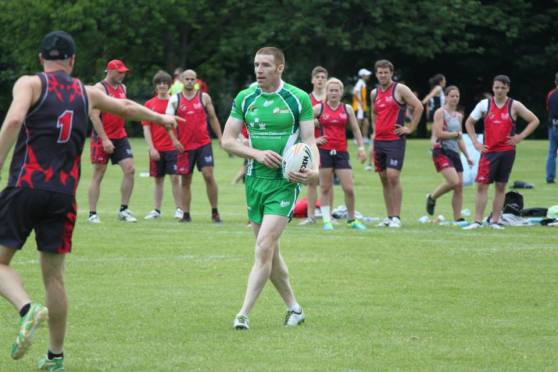 Some of our attack was decent. 6 tries scored is a good return. It’s the 14 conceded that’s the problem. Coming back from injury, I struggled with the pace a bit at times, but overall I was happy with my performance.  Back in competition. In an Irish shirt. It’s great. But you get tired of just making up the numbers. 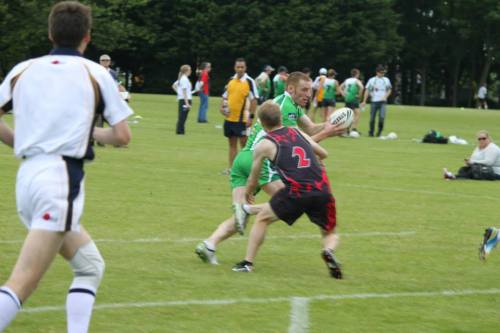 So, I’m a bit dejected, though not shocked at the result. My conclusion – you just keep having to take your beatings until you get good enough not to get beaten. Nobody is going to give it to you for free at this level.

This one hurt. This was one we could have won, one we should have won. We were 3-0 down and we got back to 3-3. But we never drove it home from there. You don’t get these chances often. We didn’t have that belief as a team to go on a finish the job, that belligerence to not give them a sniff of a chance. I found it difficult to smile at the end of this game.

Which in a way is a pity, because the tournament itself is a great success. And you’re playing at home with friends coming to watch you and there’s a great atmosphere around with seven Irish teams competing… but it’s hard to break out of the little world of your own defeat. And in a way you don’t want to break out of it, you want to experience the pain, the dejection to the fullest. This is part of what it’s about.

Like Loading...
This entry was posted in Home Nations 2013 and tagged Dublin, Home Nations, Jersey, Wales. Bookmark the permalink.